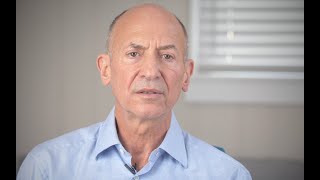 A Quick Aside on Guns

As I round the bend to 32, I continue gaining perspective on how inadequate my reasoning skills were just ten or fifteen years ago. I lucked out with solid parenting, a very safe peer group, and unambitious risk-taking tenancies, so pulled through my youth relatively unharmed. Though not without some memorable lapses in judgement.

The summer of my sophomore year, I adopted a compact but un-housebroken dog with elaborate plans to hide him in a dorm room for the following 2 years. Iggy had a bit of an issue with boredom barking and had never lived indoors before. I also cut my own hair that summer - you can judge for yourself how wise that was.

A few years before at my first job, I once took a rambunctious rodesian ridgeback for a 5 mile jog. I was assigned to take all the canine patients for walks around the block to go potty, but gave Gus a few fast laps around the neighborhood instead because he was so exuberant. In my eagerness to give him a fun outing, I completely failed to consider appropriate limitations for a dog with a freshly (24hrs!) amputated leg. My boss was not terribly pleased with my initiative.

I also remember driving dirt roads as if high speeds reduced the impact of washboard and cultivating a pretty casual relationship with neighborhood stop signs. So, my point is, I do understand the follies of youth and the effects of undeveloped prefrontal cortexes. However, today I found myself questioning why we even allow folks out of the house before their 25th birthday.

Early afternoon I took the dogs for a ski up to Big Creek trail. The road was a bit hairy, so rather than chain up, I parked a mile out and skied into the trail head. Following my bouncing black and white escort through the powder, I relished another serene and invigorating Montana day.

Heading back to the road a couple hours later with a gentle snow starting to fall, I began to hear gun shots. Winnie stopped in her tracks at the first crack, waited apprehensively for me to pass, and followed in my shadow with her tail low. Not the best guard dog, that one.

While the shots sounded a little closer than I'd like, I thought perhaps I was just hearing really large guns fired a long distance away. I couldn't think of any spots within two miles that made sense for target practice. And folks in rural Montana have some seriously enormous firearms - I occasionally wonder if someone is operating a cannon the way they set the hills shaking.

But as I sidestepped up the last little hill back onto the road, those gunshots were definitely feeling too close, and echoing from straight ahead of me. On the next break in the firing, I woo-wee-ed as loudly as I could manage a couple of times, hoping to alert the shooters of my approach. No luck. The commotion started right back up, a smaller caliber this time but now two guns at once.

I couldn't see any choice but to continue cautiously skiing forward; there is no way out but this road. Another hundred yards and I rounded a bend allowing me to see a black vehicle and several figures blocking the road ahead. I waved my ski poles in the air, hollering into the wind, but couldn't detect any response. The guns were silent for the moment, and it looked like the people might be facing my direction. I'd have to be pretty obvious against the snowy background if they even glanced my way. I thrust in my poles and started up again.

A minute later the shots started up again, but I assured myself that they must be shooting into the steep hillside immediately to their south. There'd be a small risk of bullets ricocheting off snow covered boulders, but I should be fine coming in at a 90 degree angle from their targets, even if I did catch them by surprise. Somehow though, I just didn't trust that they were shooting in the only somewhat safe direction. There was no way to tell for sure with the low visibility and upcoming blind corner. Blood was hot in my eardrums, and my eyes hardly blinked against the blowing snow.

I wavered on whether to call back the dogs as I approached the final turn, so they wouldn't be mistaken for coyotes or catch a stray bullet. Or should I let them keep trotting ahead so mine wasn't the first body to come into range? Just seconds before the shooters came into sight, silence fell. Steeling my nerves for what was feeling like a round of Russian roulette, I shouted a final time as I slid around the bend.

Three college-age people stood by a black SUV, two thinly bearded boys and a smiling girl. They did not look alarmed by the appearance of a skier and three dogs. They should have been VERY alarmed.

I looked wide-eyed from them to the beer cans and clay pigeons they'd propped up against snow clods. The targets were in set a line across the road, between them and me. They had been shooting down the road. Towards me. I realized just how legitimate my fears had been, and I was livid.

"Were you shooting towards me?!?"

"Well before we were shooting down there, towards the creek," one of the guys answered, waving casually north where I could spot some orange shards off in the brush. The girl kept smiling, but uncertainly, while the other young man carefully avoided looking in my direction.

Between them and the creek was a small offshoot of the main trail. It was just a single track with a few casual campfires, and rarely used, but these shooters were firing live shotgun rounds straight across the path where thick brush would make a hiker invisible from the road. The fact that they most likely did not know the trail was there didn't make me feel much better.

Shit. "But just now, you were shooting towards me?!"

"Did you see me coming?! Could you hear me shouting? Did you see me waving my poles from right down there!?" They weren't wearing hearing protection - how could they not notice us coming?

"Oh, no. Nope. We didn't see you until just now!" All looking a bit relieved, like that cleared them of any culpability.

"That's a public trail head down there, past that blind corner!"

"Oh, is there any one else there?"

"Yes! This is a popular trail!" Admittedly I hadn't seen anyone else around, and it was not a popular trail in the middle of winter. But these yahoos had driven right past two trucks parked only a half mile away, mine and a white ford with an unloaded snowmobile trailer. There were also houses within a mile, from which a neighbor could have easily skied or hiked down this road. This was not the middle of nowhere.

"Oh ok." Still acting at ease, and definitely not packing up their guns. I'm sure I was embarrassing the hell out of the leader of this fiasco, eroding his credibility as a man who knew guns and even knew a great spot to shoot them. But OMG I wanted to bludgeon his casualness out of him.

"Why are you shooting DOWN a public road, TOWARDS a trail head, with other cars and pedestrians around???"

"Oh, well, like I said, we were shooting towards the creek. Before."

I gestured with a pole. "Your targets are facing that way. Oh my god. Look, that was really dangerous for me. I was scared. And there is a public shooting range just outside Hamilton. It is free."

"Uh huh." I know there's so much pressure for men to act in control and not admit mistakes. But throw me a bone here, buddy.

I pulled out my phone to get a picture of them and their car and the targets (just to scare them a little, not because their behavior is illegal) then skied off, shaken and fuming.

I have somewhat nuanced views on gun control, which comes as a surprise to those who know me as a feminist and a sustainability nut. I'm supportive of most hunting activities and respectful of our rights to self defense in a pretty crazy world. I also totally understand that firearms are intoxicating and empowering and occasionally very useful.

But why on Earth do we require drivers ed, learners permits, written exams, and practical tests for operating a car, but not any of those things for owning and shooting a firearm? I want people (especially young people with half-formed brains and an overwhelming need to impress their peers) logging a certain number of hours shooting under the supervision of a qualified adult. I want them forced to sit in a dingy classroom for a few evenings to hear about the prison sentences of previous idiots who set up their beer cans with pedestrian traffic down-range.

And while target practice is vital to safe gun ownership, why not establish some basic rules about using live rounds only in designated places? You can't drive your truck across the soccer field or down the bike path, and you shouldn't be allowed to shoot your gun where hikers are likely to be around any corner. If your right to use firearms infringes upon my right to live another day, I'm don't have any qualms about curtailing your second amendment freedoms. However, I will also happily sign on to a build-more-shooting-ranges tax levy so enthusiasts can safely enjoy their weapons at multiple convenient locations. And I'll gladly chip in to fund more shooting sports in 4H and at local schools to teach these kids how to responsibly manage the intoxicating magic of deadly weapons.

In the mean time, I hope those three youths have some nightmares, because I know I sure will.